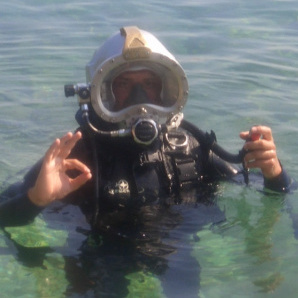 I`m research scientist at Sharklab International and Im co-founder of the International shark research and protection society recognized by European Union-Sharklab Malta, Vo/0298. I am national representative of Bosnia and Herzegovina and delegate in the Board of Directors of the EEA (European Elasmobranch Association), which coordinating main activities of european shark research. He is also supporter and member of the Shark Alliance,a coalition of high caliber group of organizations, institutions and individuals working on scientific based shark conservation. He is also an active curator of the Elasmobranchii section at the Encyclopedia of Life (EOL).As a research coordinator, he`s working on series of scientific supported work in fields of shark`s biology and ecology; writing scientific works and publications. Andrej is active member of the coalition dedicated to ensuring that the 2012 reform of the EU Common Fisheries Policy stops over-fishing  ends destructive fishing practice and delivers fair and equitable use of healthy fish stock, called OCEAN2012.

Main research activities of Andrej are researching of morphological characteristics of sharks teeth and jaws, researching of the oviparous species of cartilaginous fish and research of sharks habitat and environment  Andrej gave contributions on teeth and jaws morphology knowledge on several shark species and he have described the first nursery ground of oviparous shark species, Scyliorhinus stellarus, in the Adriatic sea (Gajić, 2011). Andrej is one of the coordinators of the IEH10 – International expedition dedicated to research and protection of oviparous cartilaginous fish, and one of the coordinators of the Adriatic Sea Expeditions (ASE08, ASE09 and ASE10).
Recently, Andrej have been studying cartilaginous fishes of Bosnia and Herzegovina; together with Suvad Lelo, he gave a complete list of sharks, skates and rays that inhabit in the waters of Bosnia and Herzegovina.
As a dedicated shark researches, Andrej is cooperating with a lot of worldwide institutions organizations and individuals dedicated to sharks research and protection, such as Shark Trust from England (since 2006), Oceanic Defense (since 2009), TGSI - The Global Shark Initiative (since 2009) and much more.

I am specialist of deep diving, night diving, diving in low visibility, wreck diving and underwater navigation by SSI; experienced in diving with commpresed air up to 40 meters depth. Besides SSI, I hold of the international certifications from CEDIP and CMAS. He was the yungest experimental diving on assying the Dinoshpere diving helmet, Tučepi Croatia, 19th of August 2009.
Andrej was part of the Tehnical Support team at the ECI XII - 12th European Congress of Ichthyology, held in Cavtat (Dubrovnik) Croatia. 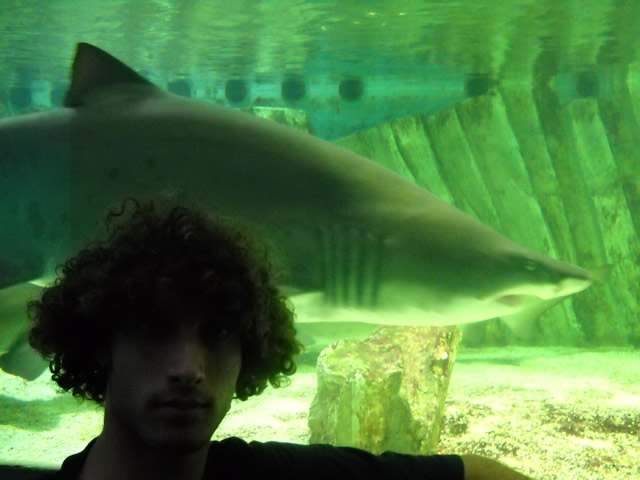 Giampiero Luzzi said…
Wonderful!!!
Your helmet "sounds very good" don't forget to tell me where and when I can buy one of it!
If you need infos about the Atmospheri Dive Suits....simply ask!
Bye BRO!!

Giampiero Luzzi said…
Hi Andrej, I dive 200 mt and more whwen i was in tha Italian Navy.
I'm an ADS Pilot (retired) and so....
Now, what can you tell me about your helmet? Is CE approved?
what can i do to have prices and info?
Thank you so much!

Dive school you went to or are attending?
CMAS, CEDIP and Scuba School International (SSI)

What do you like to do with your down time / onshore time?
I can say then I`m a explore diver; I enjoy to explore the deep and unknown waters; also I`m working in the Sharklab and I really love to research habitat and environment of Elasmobranches. My big love is also under-water photography. I simply love diving, love to explore the deep; in both professional and recreational ways !