Was bouncing around the pictures of the various diving helmets of the guys on here and noted that all of Mike Carson's pictures where pulled, and later his wh*** profile.

Has anyone else had their page tampered with?

It would be a shame, and a culpable crime if someone was using a specific trademark lawsuit victory as a simulation of a legal process to pressure third parties into unjust action outside of the scope of the court's rulings, yep, that is still called coercion or fraud, depending if there where kickbacks involved, or simply threats of legal action regarding an action that a party has every legal right to engage.  Interestingly enough the corporate veil does not extend total protection, personal liability for corporate action is becoming all the fad, especially in matters violating section eleven of the united states rules of federal procedure where trademark or process suits are filed for the purpose of creating a fiscal hardship to dissuade competition and hold monopoly.

You will be threatened over my post within the close of business tomorrow.

Replies to This Discussion

Permalink Reply by Bill Gardner on June 7, 2010 at 3:47pm
I sincerely hope that Mike hasn't been pulled. I respect his designs and good tales. I will be vocal in my response if that is the case, this forum has promised to give us clear sailing, I expect that to remain so. Removal of matter is supposed to be at the operation of the member.-Bill Gardner
PS- does anyone have Mike Carsons personal email address...pls forward to me at bilgardner@yahoo.ca

I don't like to see someone railroaded when they have no means of refuting their distractors comments. Since Carson was banned from this board at BM's request in 2008, I am posting his response to the below comments posted next to the Carson SS helmet photos on the new OD Dive Hats column, the metal hats page.~DD

"201005 offshorediver.com has been peripherally involved in this fracas. Very peripherally.
While we are disappointed that this hat may never be available, understanding that a diverse marketplace better serves us divers, we are less disappointed to see trademark infringement tried and upheld in the courts. We encourage Carson to exercise his creativity as Gorski and Morris have done in the last few years."

2003- The Carson 2500 debuted at the UWI in Louisiana and was offered for sale on ebay this same year. (KM went to great lengths to ensure that the Carson helmet was not featured in trade publications, (prior art would have hurt KM plans for trademark infringement, too bad BM didn't know about the ebay sale) and to keep me from producing my product, (my investors received emails from Bev Morgan threatening to sue them if they continued to back me financially).

Jan 13, 2004- KM receives trademark assignment (after being turned down 5 times) for their helmet described as "The helmet itself is a bright canary yellow color. The color yellow is a feature of the mark." Obviously it refers to the composite SL helmets. Since KM was not manufacturing stainless steel helmets at this time.

The first article about KM's intent to manufacture SS helmets ran in 2006 and they didn't come out with their first SS helmet until 2009, seven years after the Carson 2500 hit the market.

I repeatedly wrote the court in FL stating that I was not a resident of FL and that both me and KM were located in CA and the CA courts should be the ones trying this case. Since I was unable to attend court in FL, the court turned a deaf ear to my emails (I found out afterwards that in FL only attorneys can email the courts) so without ever being able to appearing in court and without my side ever being heard by the judge, with evidence that was deliberately misleading filed by KM, a DEFAULT judgement was entered by the judge in March 2009.

To add insult to injury while being sued by KM in 2008 for trademark infringement, KM patented a over the regulator covering that was nearly an exact copy of a design element on the Carson 2C proto-type. (Too bad KM didn't know what that covering really was).

KM has a history of suing mom & pop businesses for trademark infringement and getting default judgements. KM as a rule never files sue in the state or country that the defendant is a resident of, this makes it an even bigger financial burden on the small businesses that they sue. KM gets around filing suit in the state where the mom and pop shop is located by stating that since the mom and pop shop uses the internet for advertising and/or sales, they have a global presence and then KM states that Santa Barbara, CA is the right place for the suit to be tried. KM knows that most mom and pop shops can't afford to travel back and forth to Santa Barbara for a trial and that often leads to the default judgement in KM favor. I don't know of any trademark infringement suit filed by KM where a jury has actual got to hear the evidence. I don't believe that KM's little act would hold up under scrutiny in any court.

I never signed any such agreement and now having first hand knowledge of how their game works I can spill the beans on the KM trademark infringement default judgement scam, which is why KM is trying so hard to shut me up and keep me off the diver forums. They don't want the truth about their trademark infringement suits to become known. The FL judge didn't ban me from discussing the case or posting about it like they asked. I think Bev was afraid I'd show up at UWI and tell all to everyone who would listen. I think that's why KM went to court in LA in Feb 2010 to get a secret judgement against me.

It only costs KM $395 to file a trademark infringement lawsuit. In turn it costs the party being sued a minimum of $25K just to retain an attorney to represent them before even getting to trial and if the attorney is honest he'll tell you that there is little to no chance of winning against the plaintiff/filer since the laws were designed to favor the plantiff in these cases.

Thanks Diva for letting me tell my side. 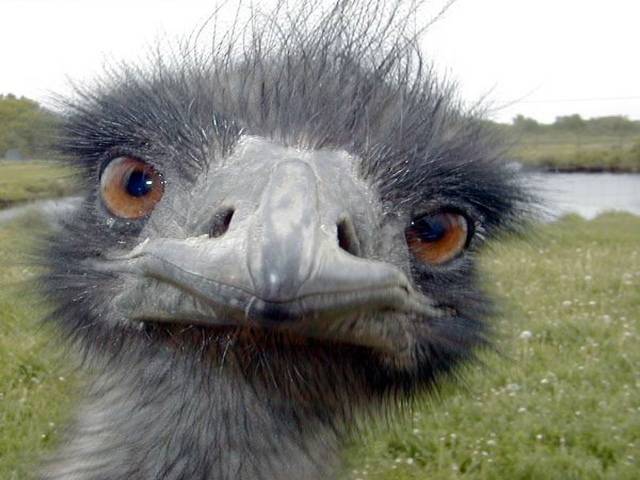 Permalink Reply by Doug Newts on June 8, 2010 at 6:10am
I am one of the system administrators here (along with Adam and John). I have not pulled any content, except for obvious full frontal nudity pics that appear once in a while.

I'll ask Adam and John if they pulled anything. I don't expect that they did. My guess is that Mr. Carson might have deleted the photos himself.

Permalink Reply by D Layda on June 8, 2010 at 11:20am
Thanks for checking, I doubt that Carson pulled his pictures though, most likely there was coercive correspondence from a well known corporation or their corporate council that got the pictures pulled. Occam's razor would preclude that it was only then that Carson communicated with you all that if you where going to edit his content at the bidding of Bev Morgan, his company or his council, that you may as well delete his entire page as well.

I feel for you, it is unnerving to have correspondence with people utilizing that modus opporendi. The only real way for people to deal with a bully is to wait 'till he touches you in front of a witness then bury your fist up to the elbow in their throat and keep tearing away chunks till the authorities or coroner pull you off the red pulpy mess at your feet.

Instant, disproportionate and overwhelming response. That is how you deal with bullies; that must be the reaction out of everyone picked on and everyone witnessing the bullying, turn on him like a cornered badger and remind him of the proper relationship between a producer and their consumers.

I mean, the delusional loon becomes more and more convinced that he invented most modern diving equipment, has been there done that for years and is the patron saint of occupational diving, even though he stole his designs and was run off of both attempts at commercial diving.

He actually believes that application of the trademarked term "commercial rated" should counter the absence of any accredited certification or compliance. This, in reality, is a false representation of the integrity of his helmets, and could easily be contrived as grounds for a class action lawsuit from every diver, company or Armed service that ever bought a helmet from him since he was approved the trademark, his helmets are as compliant for head protection as the bandmask design he stole from it's rightful owners (US Divers at the time) when he copied then slightly enlarged the KMB 10, declared it different from the MK1Mod0 navy mask (mk20) and fiberglassed it to the front of a Bell Motorcycle helmet.

In all actuality carson's helmets (com1, com2 and later the 2500) are an example of work of carson, or property of US Divers stolen by Morgan, not the other way around. Morgan had no right to superglue US Diver's bandmask to a motorcycle helmet, add 15lbs of brass for ballast and call it his invention because he did not own rights to it at the time. If it where not true than why is it doc**ented fact?

Was wondering if you, Adam or John had a moments breathing space to see when/if we may be seeing Carson's page up again or not? I know y'all must stay busy as a whore on nickel night between personal stuff and the website and managing points in between, just was looking for a brief status report is all.


Love the primo site you guys have built, well done and best regards.